Home
PetCare
Rabbits
What Rabbit Food is Best For Your Rabbit?

Rabbit food has come a long way in the last few decades. You may remember a time when you went into your local pet shop and asked for a couple of hundred grams of rabbit or hamster feed. Your rabbit’s food will be weighed and popped into a see-through plastic bag and tied up. You may get a sticker label telling you what you got but that would really be it.

Today you will find a huge number of different commercial feeds, each with different purposes, ingredients, nutritional analyses and price ranges. It can all be quite baffling. Here, I have tried a few brands on my bunnies and I will walk you through these different dry rabbit food, the good points and the bad. Keep an eye out on crude fibre, you want this as high as possible for your rabbits, anything under 18% is low. An adult rabbit would need around 12-14% protein and a baby rabbit would need about 16%. Oils and fat should be below 5%. In terms of ingredients, grass based rabbit foods are better than those based on oats or cereals and foods with less or no added sugar are preferable. You will also need to consider what your rabbit’s needs are as there are different rabbit foods catering to rabbits with weight problems, older rabbits and younger rabbits too.

If you have not already read my article on what rabbits eat, have a little look now. I will not be looking at muesli feed as my article already mentions the issues with muesli rabbit food.

Burgess Excel is a commonly seen brand in many pet stores. Their tasty nuggets range includes a variety to meet your bunny needs. The current ones available are:

I gave my bunnies this brand of rabbit food when they were babies. They are small roundish pellets that use grass and oat as a base. In terms of taste, my rabbits really enjoyed them. I fed them this up until they were 6 months old. This type of food is good for young rabbits as it is higher in protein to help them grow but the high protein level makes it unsuitable for older bunnies. It is considered suitable for dwarf rabbits as dwarf species have a higher metabolism. It contains both a prebiotic and probiotic, I believe these are fructo-oligosaccharides and saccharomyces cerevisiae, respectively.

This is the standard adult version of the junior nuggets. The pellets are small, about a cm long. They used to be larger, I recall but for some reason, all the adult nuggets are similar in sized to the junior ones now. This feed contains a prebiotic, fructo-oligosaccharides. My rabbits really like this food, just the sound of it has them running over. It contains more fibre and less protein than the junior feed.

This is the oregano flavour version of the adult food so you can give your rabbit a bit more variety. Mine enjoy this one too, I’m beginning to think there is no pellets they hate! It smells quite nice too. Apart from the flavour, there is not all that much different to the normal one.

Nutritional analysis is the same as the original adult feed.

I’ve not tried this type of rabbit food. It is designed for overweight rabbits, with the aim of reducing and controlling a rabbit’s weight. This light rabbit food has a reduced calorie content. I am unsure of whether it works or not as my rabbits are not overweight. Like the previous Burgess Excel food, this contains the same prebiotic but a lower amount.

Created for older rabbits, this mature rabbit feed aims to target joint problems, weight problems and a lack of energy that older bunnies may exhibit. It contains glucosamine for the joints, ginseng to increase vitality and cranberry for the urinary tract.

I tried this on my bunnies. This rabbit food was received with mixed reviews. Summer was interested but Nibbles wasn’t quite sure what to make of it. It was also a bit confusing to work out if I was giving the right amount. I am very cautious about this ‘complete food’ as I spoke to a Burgess spokesperson at the London Pet show this year. He told me because it’s a complete food, one could feed a cube to a rabbit and they would not have to place hay in the cage. He said it was essentially compressed hay. He wasn’t lying, the top ingredient is timothy hay, followed by alfalfa but I still feel that hay should always be given freely regardless of what is in a feed and what is not. Maybe I am being picky in this regard, if you use this rabbit food, let me know what your opinion of it is in the comment box!

The idea is you give your rabbit a cube and they will gain enrichment from trying to eat the cube, as it will take a considerable longer time to demolish than pellets. It also has a high fibre count and contains a prebiotic.

Ingredients and nutritional analysis as shown on the Burgess website

Fibafirst is Supreme Petfoods newer rabbit food. I was lucky enough to get a free sample of this which Summer really enjoyed. Nibbles was less enthusiastic but tried a little anyway. Instead of pellets, you get these long twig like ‘biscuits’ that are roughly a finger length and smell rather peppery to me. Fibafirst calls itself a monoforage made using long chain fibre that promotes chewing, dental wear and emotional enrichment. Fibafirst boasts a high fibre content of up to 30% which is significantly higher than the crude fibre of the Burgess Excel rabbit food. Instead of the grass based pellets with Burgess Excel, Supreme Petfoods have chosen a timothy hay base with alfalfa stalks. I am slightly concerned at the addition of both alfalfa stalks and alfalfa protein extract as most rabbit owners follow the general rule that alfalfa is too rich to be given as anything but a treat.

However, I’ve heard that because Fibafirst is in the form of a long light-weight stick, you can give your rabbit a bigger portion than you would with pellets for the same nutritional intake, leading to better dental wear. 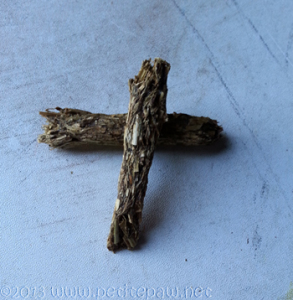 This could be considered the Supreme Petfoods equivalent to Burgess Excel’s tasty nuggets range. Science Selective is designed to tackle selective feeding. The biscuits contain no added sugar such as molasses, syrup, glucose or sucrose. There is three different types of Science Selective:

With extra protein to help young rabbits grow, this is recommended for bunnies up to 20 weeks. Science Selective junior contains spinach. I didn’t try this brand on my rabbits as the place where they came from used Burgess so I continued with the same brand. It contains a higher fibre amount than the Burgess Excel equivalent, 19% crude fibre. The biscuits are alfalfa based which is ok for young growing rabbit babies.

Ingredients and nutritional analysis as shown on Supreme Petfoods website

This is the adult food. My bunnies once tried a sample of this and they liked it fair enough. It was an aniseed and fenugreek flavour one. I can’t find the same flavour on the website but I believe that one is the same as this one. The biscuits smell nice and are quite high in fibre. It contains linseed with omega 3 and 6 for the skin and fur. Science Selective Rabbit also contains prebiotics but I’m not sure which ones. It is alfalfa meal based biscuits which worries me slightly but the protein content is not much higher than the Burgess Excel equivalent.

Ingredients and nutritional analysis as shown on packaging

This rabbit food is for older rabbits. Unlike the other feeds in this range, it contains some timothy hay and a few other goodies to help elderly bunnies maintain a good health, such as bilberry, ginkgo, and green tea. Herbs like thyme are used to make the rabbit food more palatable.

Ingredients and nutritional analysis as shown on Supreme Petfoods website

*The website stated grams but I think it might be a mistake as that sounds like an awful lot of vit c per kg! I have a slight feeling they actually meant milligrams!

So, which rabbit food should I feed my rabbit?

These are the brands I know most about.

There are many different rabbit foods out there and you can figure out which is best for your rabbit based on the percentage rules and by looking at the ingredients. In the ideal happy world, everyone would give the highest fibre feed with the perfect amount of everything else but in reality, some of these foods are very expensive and not within everyone’s price range (The higher the fibre, the higher the price, as a rough rule of thumb). Also, your rabbit’s needs will be an important factor in which rabbit food is suitable. Take your rabbit’s age, weight and health into account and if in doubt, consult a bunny savvy vet.

At the moment, with some advice from my local bunny boarder who feeds the rabbits in her care like so, I am feeding a mix of Burgess Excel Adult (sometimes with oregano) and Science Selective Adult rabbit feed. I only give my rabbits a little amount of pellets each day to encourage them to eat hay and veg instead. I admit to giving a little more than the ‘egg cup’ amount that many experienced rabbit owners swear by, somehow my rabbits’ begging habits are too hard to resist!

I would love to hear your opinions on rabbit feeds available, as well as any recommendations on new rabbit food. Talk to me using the comment box below! 🙂