Home
Animal Facts
What Do They Eat
Wildlife
What Do Whales Eat?

Whales belong to the same scientific order as porpoises and dolphins (Cetacea) but differ from them in that most do not have teeth. The suborder Mysticeti (baleen whales) includes right whales, pygmy right whales, gray whales, and rorqual whales.

Millions of these highly intelligent marine mammals exist throughout the world’s oceans. They live quite a long time—up to 77 years for humpback whales and over 100 for bowhead whales. Like dolphins and porpoises, whales have to breathe air to survive. They also cannot drink water from the ocean but must metabolize it from their food.

What Do Baleen Whales Eat?

In short, Baleen whales eat plankton, crustaceans (krill, shrimp), or small fish. As the name implies, these whales have baleen instead of teeth. Made of keratin (also found in human hair and fingernails), baleen is strong, flexible, and grows continually. Long plates of this material hang in a comb-like row from the whales’ upper jaws. Broad at the gumline, baleen tapers into a curtain of bristles that acts as a sieve. 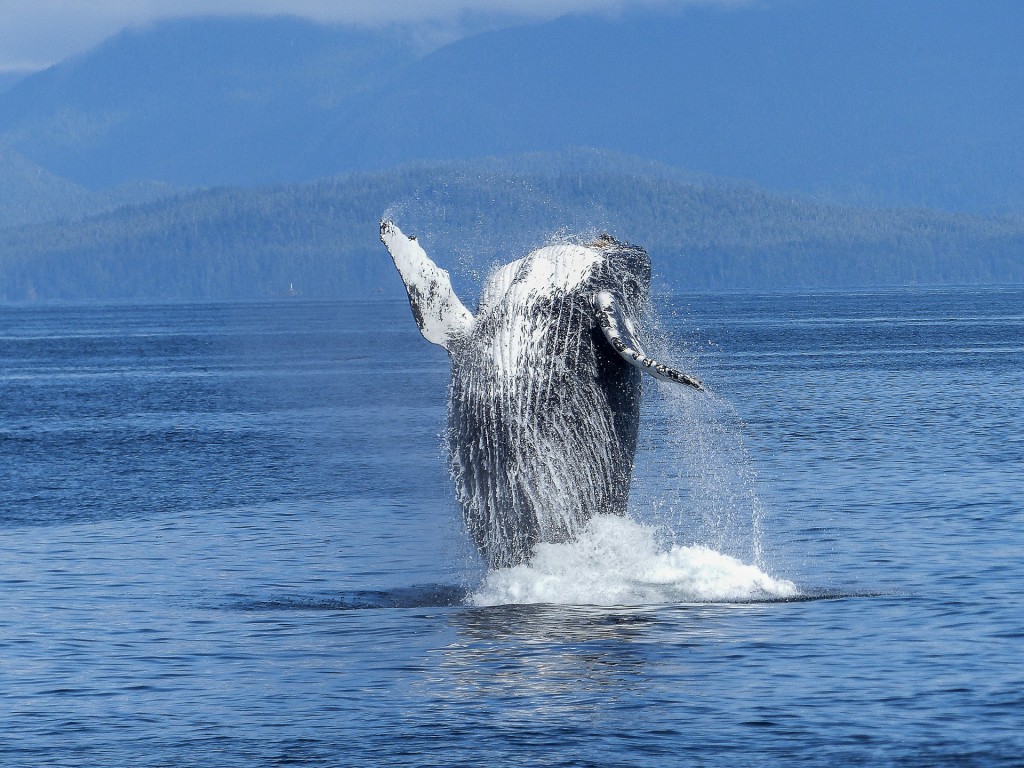 When the whales locate food, they open their mouths wide, taking and eating in huge volumes of seawater along with the prey.

They then press their tongue down to force the water out. Any plankton, crustaceans (krill, shrimp), or small fish (herring, mackerel, capelin, and sandeel) get trapped and become lunch. The number and size of baleen plates varies by species.

The feeding behavior described above is characteristic of “gulpers,” or filter feeders that take large gulps of concentrated food, expel the seawater, and push the food back into their gullet with their tongue. Humpback whales, blue whales, fin whales, and Bryde’s whales all exhibit this behavior. In another method, “skimmers” swim through the water with open mouth, straining the water for food. Right whales engage in skimming most of the time, but bowheads and sei whales combine it with other forms of feeding.

What Do Humpback Whales Eat?

Humpback whales also feed cooperatively, employing a strategy called “bubble net feeding.” Upon locating a shoal of prey, they will dive above 50 meters below it and swim in a spiral towards the surface, blowing bubbles as they go. The bubbles congregate prey and force them towards the surface near the center of the whale circle. Then the whales will surface in the center of bubbles, their mouths wide open to collect water and prey.

During cooperative feeding, whales call to each other with various sounds, and divide tasks. This is similar to the way dolphins work together to get food.

Some whales, such as humpbacks, will also lunge through a shoal of prey with their mouth agape or stun prey by hitting the water with their pectoral fins or flukes (again, similar to dolphins). 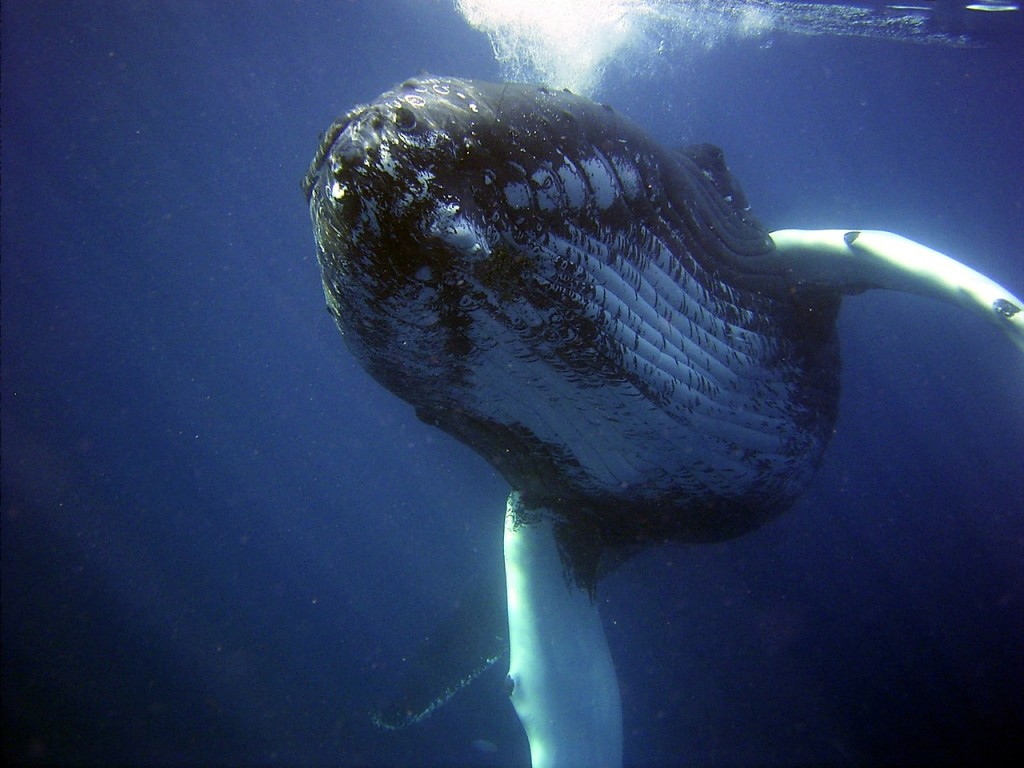 What Do Toothed Whales Eat?

Opportunistic feeders, toothed whales eat many species of fish and invertebrates. Though they have teeth, they use them only for grasping and tearing before they swallow their food whole.

Beluga whales have eight to ten peg-shaped teeth, and will feed in both open water (pelagic) and on the bottom (benthic). They prefer capulin, char, sand lance, and cod, but will also eat worms, squid, and octopus. When foraging on the ocean floor, beluga whales use their flexible necks to search for food. They can also use their mouths as a sort of suction device to dislodge prey from the bottom.

What Do Narwhals, Sperm Whales and Beaked Whales Eat?

Narwhals, with their unmistakable spiraled tusk, have a more specialized diet than other whales, making deep dives to feed on Greenland halibut or Gonatus squid. Only males have the tusk, and all narwhals possess a mere two teeth.

Sperm whales have functional teeth only on the lower jaw. They may dive over a mile to find squid in the dark depths of the ocean. Due to the absence of light in the whales’ feeding grounds, scientists can only speculate how these creatures obtain food. They may lie motionless near the ocean floor in order to ambush prey, or they may stun prey with ultrasonic sounds. To attract squid, they might emit a bioluminescent glow from their mouth. They also produce sequential clicks, called “codas,” which may serve as echolocation.

Male beaked whales have one to two large functional teeth on the lower jaw (probably for use in social encounters), while the teeth of females do not protrude from the gums at all. In contrast to the rest of this family, Shepherd’s beaked whale has 17-29 conical teeth on both jaws (males of course have two extra). Also, though most beaked whales feed almost exclusively on squid and octopus, Shepherd’s will eat fish, such as eelpouts.

The seasonal movements of whales are influenced by climate changes; water temperature, depth, and salinity; topography of the sea floor; and abundance of food. Their migrations are also synchronized with breeding/mating seasons.

Generally speaking, whales feed in cold, higher latitudes in the summer and breed in warm, lower latitudes in the winter. During the three to four months it takes them to travel thousands of miles between habitats, whales must live off stored reserves. Accordingly, they eat as much as they can hold while at the winter feeding grounds. Humpback whales, for instance, may consume up to 3000 lbs. of food per day, although smaller beluga whales eat only 55 lbs. per day.